Where it all started

Prior to Bike Cleveland’s establishment, bicycle advocacy was a fragmented affair shared among multiple groups. In November 2009, these groups gathered for a meeting at the Northeast Ohio Areawide Coordinating Agency (NOACA) to discuss the need for a stronger advocacy voice in Cleveland. A month later the George Gund Foundation committed money to fund a community based input process to figure out what people wanted, and out of those conversations it was decided there needed to be a single regional voice for bicycle advocacy. 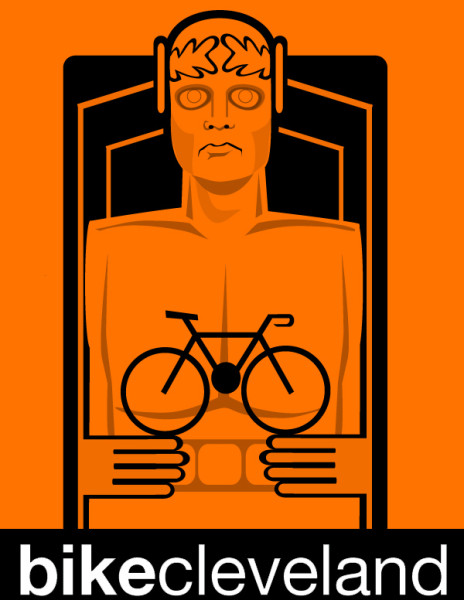 An early, somewhat creepy version of our logo.

In January 2011, The Alliance for Biking and Walking was hired to lead Cleveland through a strategic planning process to develop this new organization. A group of local cyclists, business owners, and community stakeholders gathered to develop the mission, vision, values and goals of what would become Bike Cleveland. In sum, nearly 150 people were involved in the creation of our organization.

In May 2011, after 18 months of meetings, ideas, and a lot of hard work, 45 local cyclists attended a “birthing ceremony” and Bike Cleveland was born! In quick succession, we were incorporated with the State of Ohio, the board was nominated and confirmed, and the inaugural board meeting was held in August. The following month, 125 stakeholders gathered to confirm the mission, vision, and values. They also developed the first action plan for Bike Cleveland.

Bike Cleveland received further funding from the The George Gund Foundation, and after an extensive search, Jacob VanSickle was selected as the first Executive Directer of the organization. With Jacob at the helm full time, the organization has taken the shape of what you see today and made tremendous strides for bicycle advocacy in Northeast Ohio. So many people were involved in the creation of Bike Cleveland, and we are mindful of this fact as we continue to fight every day for your rights and safety as cyclists and pedestrians on our streets. We are your advocates, and this is your organization. Bike Cleveland is determined to achieve equality for all road users in our region regardless of their preferred mode of transportation. If you would like to join our fight and add your name to the groundswell of support for our mission, become a member today!