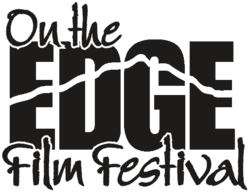 We’ve launched our very own adventure film festival right here in CLE! Local company, On The Edge Films, who brought Banff to town for so many years, now hosts our city’s first extreme sport, travel, culture and environmental film fest. You’ll see a different selection of amazing films from around the globe each night.
WHERE: The Breen Center for the Performing Arts on Lorain Ave., across the street from St. Ignatius in the heart of Ohio City.

PARKING: Free in the attached parking lot! Within walking distance to lots of great restaurants & breweries. Stop by Great Lakes Brewing Co. (our beer sponsor), before or after the film fest.

WHEN: Be there for Friday’s Opening Night Reception, 6:00-7:30pm, which features complimentary coffee & cookies, Red Bull, plus exhibits, raffles and cool door prizes! Cash beer & wine bar. In addition, food trucks Nelly Belly and Zydeco Bistro will be outside the theater with food available for purchase from 5:30-7:30pm.

FILMS: Range in length from 4 minutes to 36 minutes and include everything from the exploits of a well-known woman climber, a film about the origin of “Hot Dog” skiing to a short about surfing the ends of the earth!

Films start at 7:30pm on Friday and 8:00pm on Saturday and last about two hours each night including the intermissions. Seating is general admission.

PROCEEDS: Partial proceeds from the film fest benefit Bike Cleveland and 88bike
s. All raffle proceeds go to the May Dugan Center in Ohio City.