CLEVELAND, OH — Bike Cleveland is proud to launch its second comprehensive public awareness campaign entitled “We’re All Drivers.” The campaign is designed to humanize people on bikes as people in your community, and to raise awareness that people on bikes are legal road vehicles with the same rights and responsibilities as people in cars; we’re all drivers. A multi-media approach was developed with the assistance of local advertising agency The Adcom Group with video production by Garage Creative Studios. The campaign includes television commercials, digital media, radio public service announcements, RTA bus billboards, and Omni Media Kiosks at street level. All told, the campaign is expected to generate over 160 million media impressions.

“We are excited to formally launch ‘We’re All Drivers’” said Rob Thompson, communications manager of Bike Cleveland, the region’s nonprofit bicycle advocacy organization, “People in cars often see people on bikes as merely an obstruction, and we are here to show that people on bikes are indeed people; worthy of the same respect you would show them in any other aspect of life. Through the ‘We’re All Drivers’ campaign we will educate the public that bicycles are legal vehicles, and the need to provide them safe space to ride; at least three feet away from vehicles.” Thompson concluded.

Bike Cleveland Executive Director, Jacob VanSickle added, “Despite significant progress, and the rapid growth of biking as a legitimate mode of transportation in Greater Cleveland, there are still large numbers of people who do not understand that people on bikes have as much of a right to the road as people in cars. Region-wide, trips taken by bicycle are up roughly 280% between 2000 and 2010, and accidents involving bicyclists have increased by 10 percent between 2008 to 2011,” said VanSickle, “This makes the ‘We’re All Drivers’ awareness campaign critically important in our goal to make our roads safe for all road users, be they on bikes, in cars, or on foot, because the number of bikes on our roads will only increase.”

Funding for the campaign was generously provided by the Centers for Disease Control and Prevention’s ‘Racial and Ethnic Approaches to Community Health (REACH)’ program with media support from the American Advertising Federation of Cleveland.

For more information about how “We’re All Drivers”, visit www.BikeCleveland.org/AllDrivers or search for hashtag #AllDrivers on social media.

For media inquiries contact Rob Thompson at 216-245-3101 or at Rob@bikecleveland.org 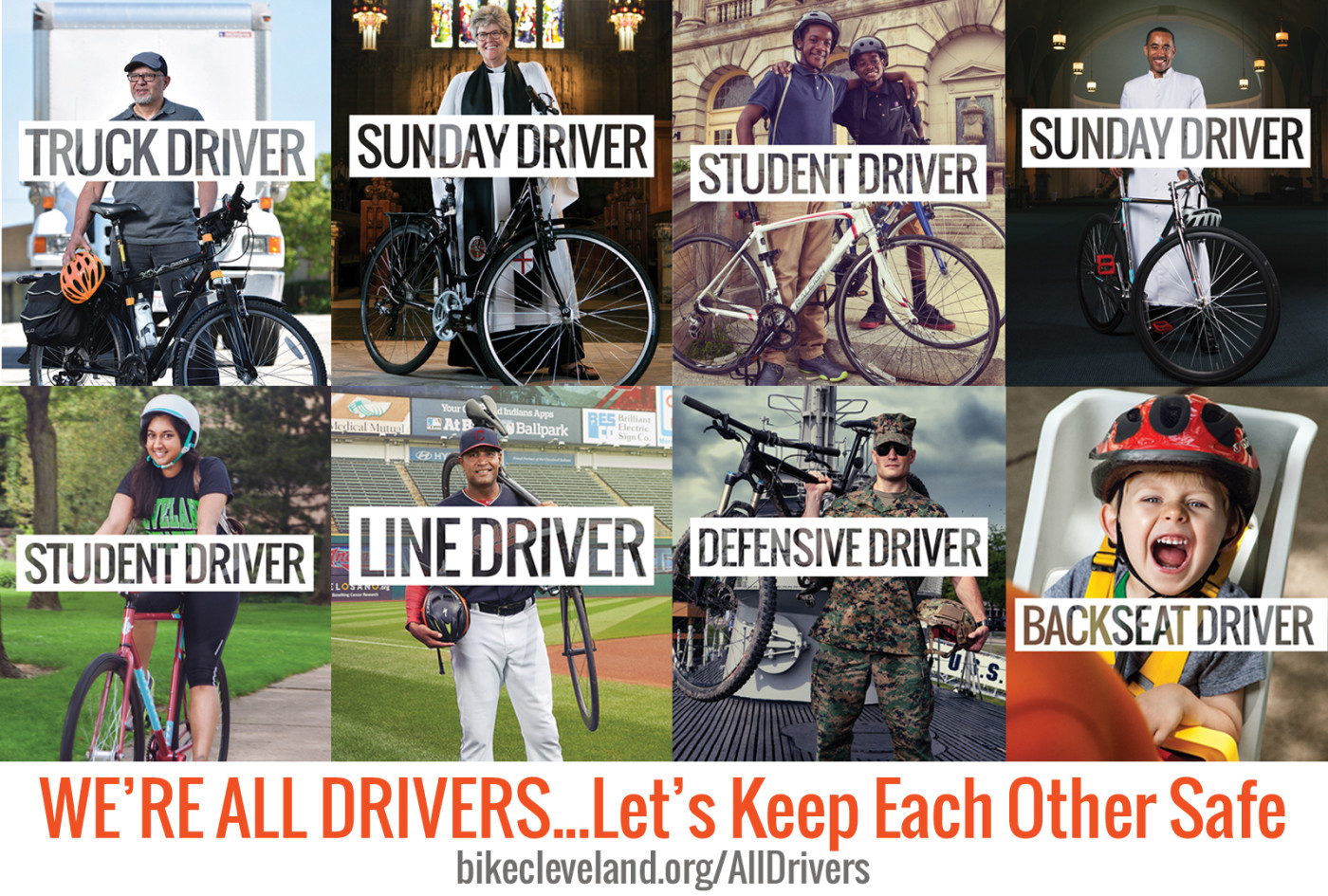