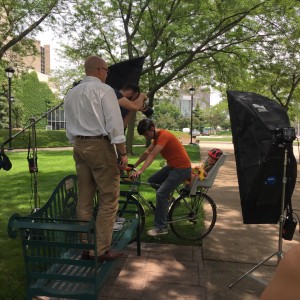 Jacob and his son, Milo. Posing for the campaign.

Bike Cleveland is preparing to launch a new public awareness campaign titled “We’re All Drivers”, where we aim to show that cyclists are more than perceived obstructions to impatient motorists. Cyclists come from all walks of life, and are people in your community you know and respect. 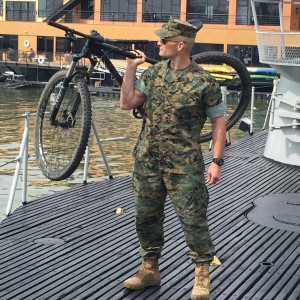 Cyclists come from all walks of life.

We aim to create a more mainstream identity around biking in Cleveland, and the campaign positions cycling as just another form of driving. After all, if bikes are vehicles (and they are) then the people on them are simply trying to get where they need to go; just like people in cars. The campaign attempts to eschew the cyclist stereotype and uses a wide variety of unexpected local riders to draw attention to the fact that people on bikes are human beings and shows that people who get around on two wheels could be your pastor, your local valedictorian, or a veteran who has risked everything so you can enjoy your way of life.

We are working with local advertising agency The Adcom Group for the concept and photography that will be used on billboards and RTA bus advertisements, while local group Garage Creative Studios will be producing television and radio spots. Funding for the campaign is coming from the Centers for Disease Control’s Racial and Ethnic Approaches to Community Health (REACH) grant through the YMCA of Greater Cleveland. Look for the campaign launch in the coming weeks as we try and elevate public awareness for biking and cyclists in our community. 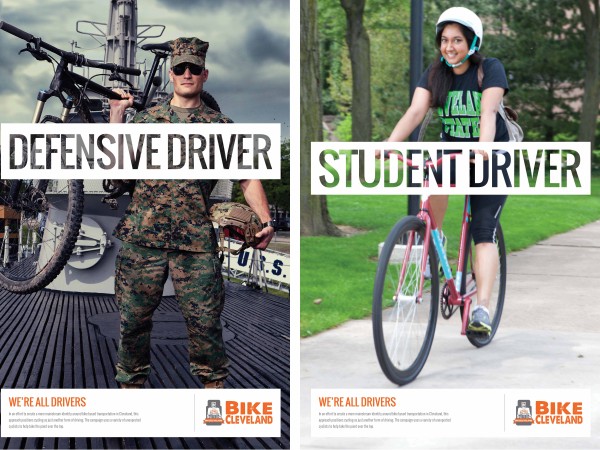 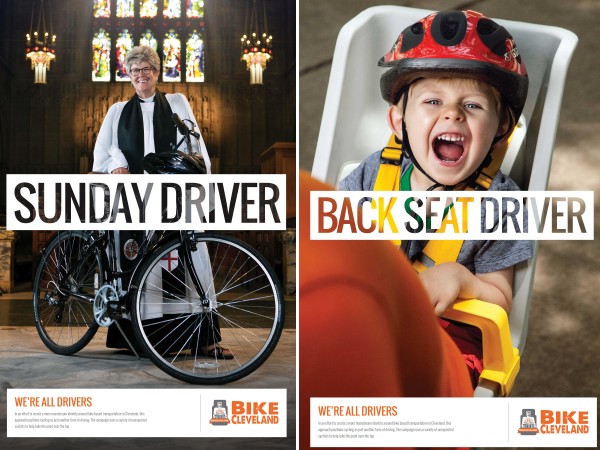 We often meet people who would like to commute or run errands by bike, but haven’t yet given it a try because of perceived barriers that are not as difficult to overcome as you might think. Biking is a lot safer and easier than many people realize. Check out our handbook above titled “Biking in Cleveland: A Guide.” It is a great resource full of useful information to help you take the next step towards incorporating biking as a part of your everyday life; along with having the educational materials so you understand your responsibilities on the road and stay within the law. Click the image to download the full .PDF, or contact Jason Kuhn and he will happily mail you a nice glossy physical copy.

Bike Cleveland is actively engaging the population at large and we will be launching a new public awareness campaign entitled “We’re All Drivers.” All too
often cyclists are marginalized on our roads as mere obstructions. This new campaign is designed to humanize cyclists and show motorists that people on bikes are indeed people, and might even be people you know. Stay tuned for further details.