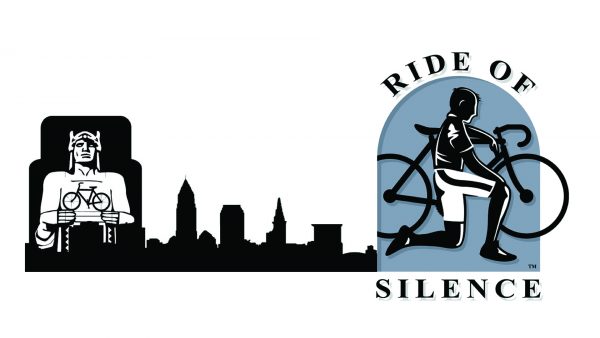 On Wednesday, May 16th,  join cyclists across Greater Cleveland for the most important ride of the year. Local cyclists will join others across the globe in a silent slow-paced ride in honor of those who have been injured or killed while riding a bicycle on our public roadways. The Ride Of Silence is a free ride that asks cyclists to ride no faster than 12 mph and remain silent during the ride. There are no brochures, no sponsors and no registration fees.

This event begins at the Free Stamp in Willard Park, and will feature a police escort via Cleveland’s bicycle patrol division.  The ride takes a simple route eastward through the city, eventually finishing at Case Western Reserve University where we will meet up with a group heading in from Cleveland Heights. After a short presentation, riders are then free to find their way back to where they began.

WHERE:  Willard Park @ The Free Stamp