POSTED  2/12/2021: The City of Cleveland is hosting a virtual preconstruction meeting on Tuesday, Feb 16th from 5:30pm-7pm. You can access the meeting at West65thcle.com. The meeting flyer can be downloaded here.

As a follow-up to the feedback received over the summer Bike Cleveland, Cleveland Metroparks, Council members, and Community Development Corp representatives met with the project staff from the City of Cleveland to discuss improvements to the proposed bicycle facilities on W. 65th. At this meeting the city staff indicated that a two-way cycletrack was not feasible for the project, while we disagree, the city did commit to looking into the following improvements to make a safe bike facility connection on W. 65th by:

These are the improvements we will be watching for to ensure they are incorporated into the project at the W. 65th Preconstruction Meeting on Tuesday.

POSTED JUNE 11th, 2020: The City of Cleveland is seeking feedback about the design of W. 65th St from Denison Ave to Herman now through June 21st. See the bottom of this post for how to submit feedback.

While we appreciate that the plan includes a continuous bike lane from Denison to West Clinton, an on-street bike lane is a far cry from the 10ft off-road multipurpose trail that was in the 2013 W. 65th TLCI Plan. Understanding that to add a multipurpose trail to the project at this point would likely be too costly, there are still ways to ensure the project provides a high quality north-south bike connection between the Lakefront Bikeway Trail, Redline Greenway Trail, and bike lanes on Clark and Denison Avenues.

From Denison to Stock 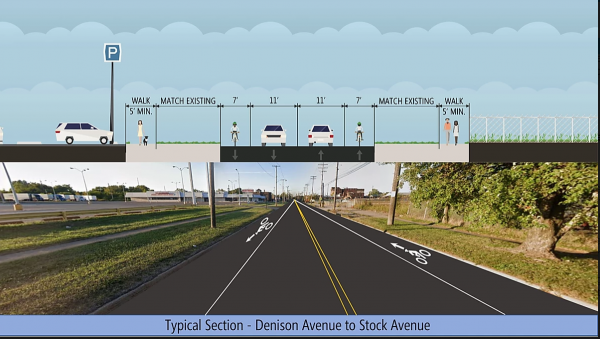 From Stock to Lorain 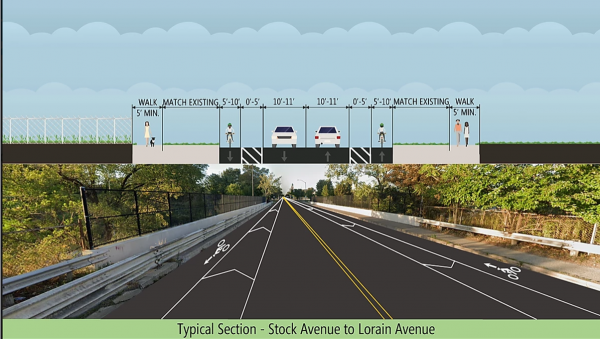 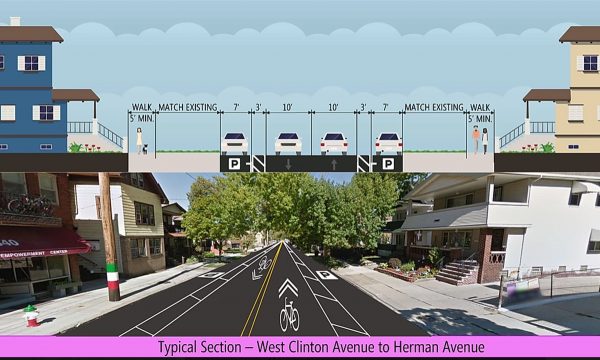 The W 65th St corridor is an important north-south connector in Cleveland’s bike network, it has been since 2007 when the City included it in their Bikeway Master Plan and reinforced in the 2013 TLCI plan. It connects Denison Ave bike lanes, Clark Ave bike lanes, the future Redline Greenway, future Lorain Ave Cycletrack, and the Lakefront Bikeway. The bike facility Bike Cleveland recommends is similar to the future cycle-track on Lorain Ave. We need a W. 65th Street that is safe and connects to the growing bike network in Cleveland. These improvements to the design will make the corridor safer for people biking and walking, and be a stress-free connection to our city’s growing bike network.

Join us in advocating for a safe, connecting bike network by sharing our proposed changes to the design on the project website.

You can learn more about the project and submit feedback at west65thCLE.com. The project flyer can be downloaded here. Feedback is accepted through June 21st.