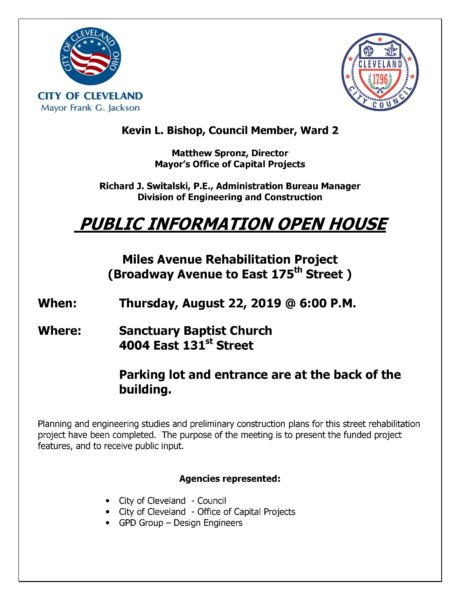 Miles Avenue is on the schedule to be reconstructed and the City has announced an upcoming public meeting. We ask you to join us at this meeting and show support for the planned addition of bike lanes. The streetscape plan has been available since March of 2012, and had broad public support at the time for a safer street that provided a bike connection.

This project represents an important opportunity to improve the safety of Miles Avenue for all users: the bike lanes are supported by an ODOT Safety Study, it is on the city’s Bikeway Implementation Plan, AND it is on the Vision Zero High Injury Network – making it one of Cleveland’s Top 15 most dangerous streets for all road users.