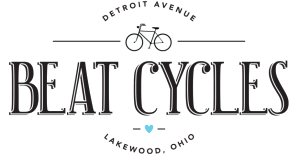 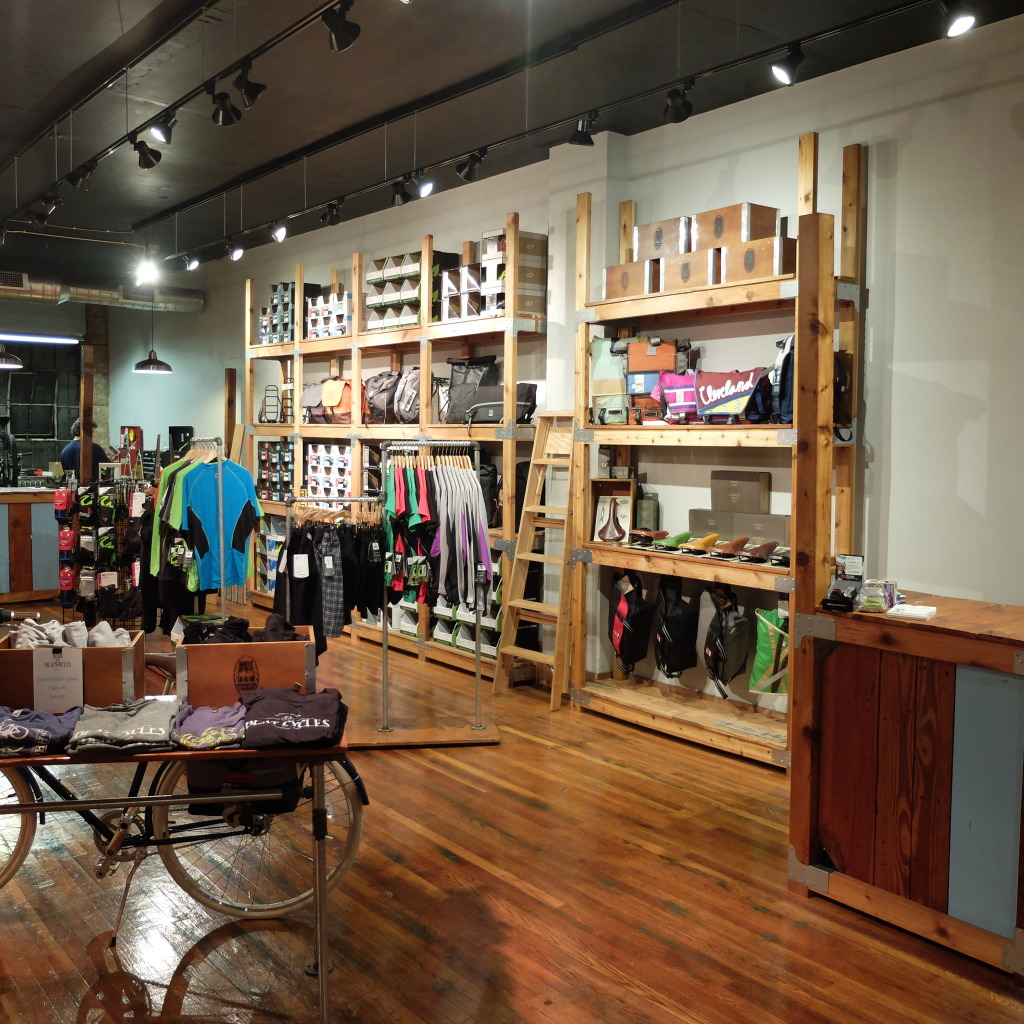 Beat Cycles is one of Bike Cleveland’s newest business partners.  Ryan Sheldon opened for business at 15608 Detroit Avenue in Lakewood in May of 2014 after personally pouring a great deal of thought, love, and elbow grease into the space making it the perfect venue for the bike shop he wanted to open. The shop has an inviting, open layout and a rustic feel which is brought to life through the use of reclaimed wood and metal throughout the space.  Ryan’s vision was to create a “boutique for all” atmosphere.  He rejects to notion that a business should give special focus to its high end products.  Ryan, who is proud to have grown up in a blue collar household feels that “someone that can only spend $500 on a bike, which is a lot of money to them” shouldn’t have “a lesser experience than someone who is spending $3000.”  “That’s not fair” suggests Ryan.  “I don’t feel like people should be cheated out of the experience because they can’t afford it.”

After exploring the shop and talking with Ryan it was obvious that he has created a space where a person could shop comfortably.  Beat Cycles main focus is mountain bikes and commuting bikes, but there is definitely something for everyone. A great deal of attention is paid to style and quality when Ryan and his employee’s decide what products to bring into their inventory. “You buy something good, you’re buying it once” says Ryan. “The bike industry for a while shifted away from that… When you try competing against cheap products that generally means you are bringing in and selling customers cheap products.  That’s just not something we want to do.” 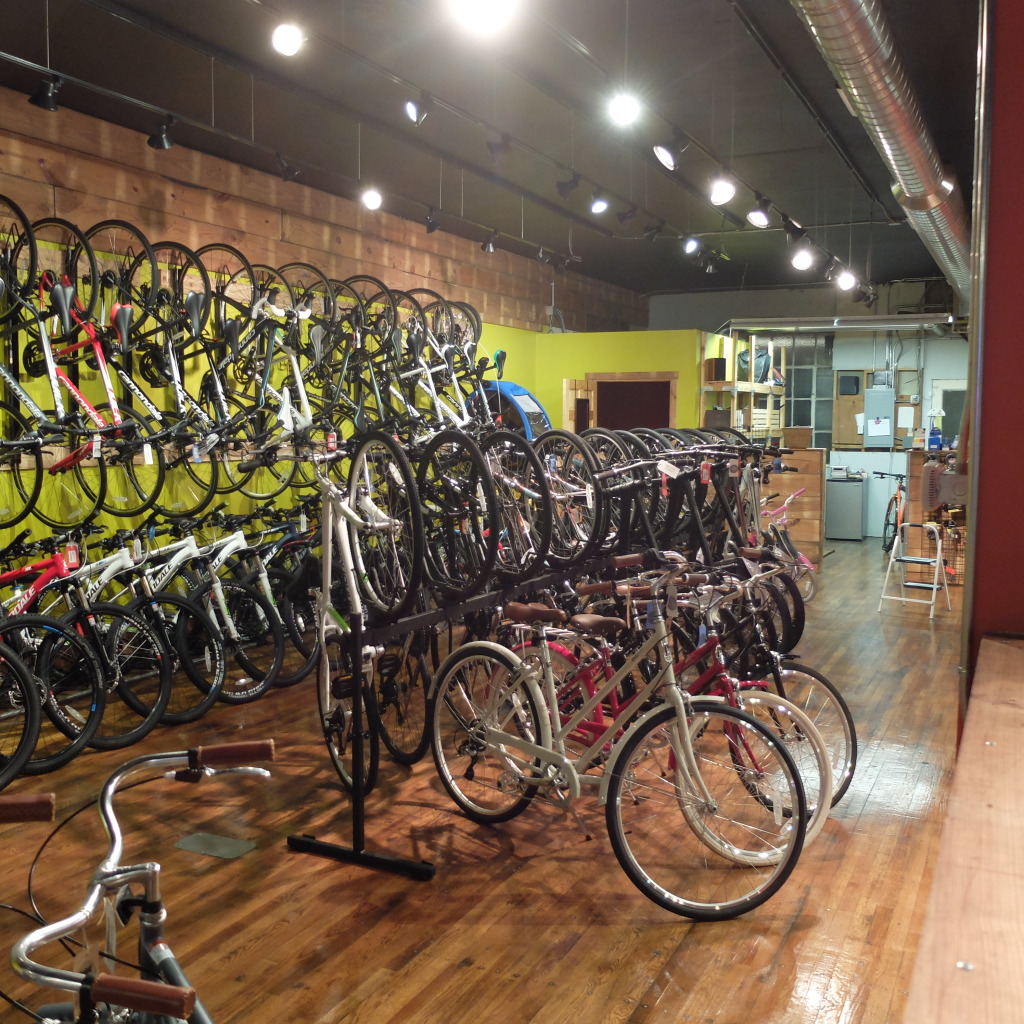 Ryan has worked in the bicycle industry for over 15 years.  He moved from Akron to Lakewood several years ago when he had the opportunity to advance his career by accepting a management position with a bike shop in the Cleveland area.  Eventually he wanted to open his own store.  By that time he and his wife felt like that they had really become part of a strong community in Lakewood, and there was really no decision to be made about where he would look to set up shop.

Since opening barely 7 months ago, Ryan has already found several creative ways to build a relationship between his store and the community.  He immediately became business members of bike Cleveland and he offered full support to the Beck Center’s annual Bicycling fundraiser Bike for Beck. Beat Cycles also organized a weekly “Ride and Stretch” which was a 6 mile bike ride and half hour yoga class leaving from Lakewood Parkas well as 20 mile ride and 1 hour yoga class with Acenda Yoga once a month. There are plans to continue both events this coming summer.

I sat down with Ryan and asked him some questions about his shop and his relationship with bicycling.

What do you think make’s your bike shop stand out?  What are you trying to fulfill for the cycling community?

“The first thing is we’re bringing product closer to Cleveland that just isn’t currently represented.  I don’t know that we’re really trying to reinvent the wheel.  We’re a group of people that is just extremely passionate about what we’ve been doing for such a long time that we just wanted to give it a go on our own… We are definitely more of a commuter/mountain bike focused shop which I don’t think really exists in Lakewood.  It’s not to say that the other shops around here don’t focus on the same things. It’s just that’s all we’re doing.  We really want to stick to that and make sure that we’re constantly bringing new and exciting products that encompass that specific rider, but we’re also a shop that is very much focused on that person that’s coming in and buying their first bike… We want people to have an inviting place where they can come and ask any question they want and get the answers they’re looking for.”

What connects you to the community here?

“Being so new we’ve tried to get out to events solely in Lakewood.  Obviously we care about Cleveland in general.  We love this city, but you’ve got to kind of start with a very specific focus and work your way out from there.  Within a week of opening we were at Bike for Beck as a sponsor and running tech support.  We were down at Neocycle. We are trying to get involved in activities outside of specifically cycling, maybe reaching out to people that like the idea of it.  We are a corporate sponsor of Mahall’s.  We donated a couple of bikes to them as a raffle to raise money for (their) event. We’re trying to focus on events that mean something to us but (also events that) we see a lot of young people and people of a like mind attending.  Bike for Beck is the only ride that starts and ends in Lakewood.  That’s a huge event.  We want to see that grow.  This year we are going to be on the committee to help organize. We want to see events like this become commonplace. Lakewood is such a bike friendly city and as a city they have a lot of stuff on the books and planned to become even more bike friendly. So if we can help them and, again, be a neighborhood bike shop where those new cyclists can come and feel like they’re going to get their questions answered and leave with a product that they know is going to be perfect for what they are doing; it’s just a very good relationship between us and this city.” 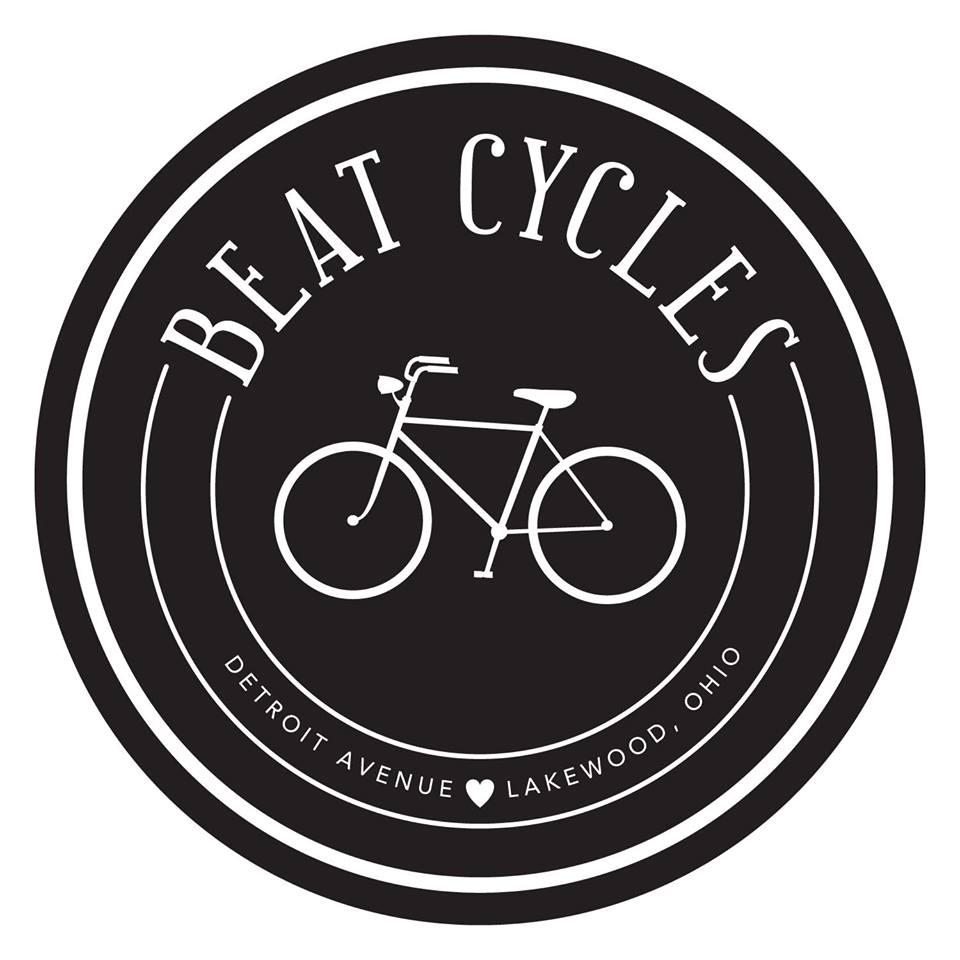 “Oh, absolutely.  I’m not going to say it’s a bike shops duty to be part of an organization like that but I feel like it’s so important.  My business is solely based on the strength of the cycling community in Northeast Ohio.  We’ve tailored our inventory, especially bike inventory, to really fit that new cyclist.  We don’t have a ton of high end product in here.  It’s not that we don’t have aspirations to have stuff like that but we’re never going to ignore that core customer that’s coming in and buying an entry level bike.  So creating cyclists, at the end of the day, is my goal and I think that Bike Cleveland’s goal is the exact same thing.”

Is there a specific product or brand that you have brought into the shop to help connect you to that new cyclist?

“Cannondale is a big company.  They’re really no different than some of the other big manufactures and the products they make are still going to be similar to products other companies are making. So to say that Cannondale has revolutionized the bike for the commuter, I would be lying. They make outstanding products, very innovative products. They’re very design focused which we really like because cycling’s become a form of expression.  People make all of these changes to their bikes not necessarily because they need to be made but because it’s a way for them to individualize themselves.  It’s the truth. I feel like cycling is just that new kind of accessory and that’s awesome.  That’s phenomenal.  If people get super excited to come in and buy a Brooks saddle for their commuter then cool!  It’s far better for the environment than a car and the health benefits are far better as well. I feel like that style end of cycling is very important.  I really do.  So the Cannondale bikes, that’s a brand that I have always personally liked.  Ever since I started working in a bike shop they were always one my favorite companies.  The Brooklyn line has been ridiculously successful for us. That Dutch style cruiser, again, just fits that very fashion forward design.  We sold way more of those than I ever thought we would. I brought those in more to garnish, just because I like the style and those bikes are a blast to ride.  I had no idea where those bikes were going to go. I did not think they were going to be as successful as they were.” 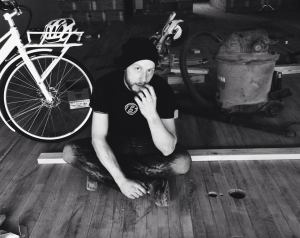 What is your vision for the future of cycling in Cleveland?

“I don’t want people to scoff at the idea of not driving their car.  I want people to actually think ‘I can drive to work today. It’s nice out; it’s ten miles, whatever.’ I would love to see a symbiotic relationship between cars and cyclists.  I know that’s just a total pipe dream, but I would like to see the infrastructure change in a manner that people at least expect to see them.  Cycling links communities.  When I moved to Cleveland the only way I figured out where places were was on my bike; because when you are driving by at thirty five miles per hour if you look at it long enough you’re going to kill someone because you are not watching where you are driving and if you’re watching where you are driving you are missing everything.  There is no model of any city in the United States that’s embraced cycling and failed.  There is not a single one.  There’s not one that you can point to and with the direction Cleveland’s going in, it’s literally just another perk.  It’s another plus.  It’s going to attract younger people to the city. It’s going to improve our labor force because of that.  It’s going to keep people here because it’s not some scummy city on Lake Erie.  It’s a cool place to be.  My grand vision is for people to see that Cleveland is not just the butt of a joke.”

What is your favorite bicycling memory?

“Probably my wife and I’s courtship.  Our dates were always on bikes. We would always go for bike rides.  I’ve been lucky enough to literally ride all over the United States.  I’ve mountain biked on some of the most incredible trails known to man, but I would have to say that. That’s probably my favorite. You’re just cruising along on a bike getting to know someone.  I feel like that’s one of the lost elements to cycling.  Some of the best people I know I’ve met riding my bicycle.”

A full list of membership perks offered by Bike Cleveland Supporting Businesses can be found at http://bikecleveland.memberlodge.org/benefits.