As part of an Ohio Department of Transportation’s (ODOT) I-77 pavement replacement project ODOT is seeking feedback on the Chard Avenue Pedestrian Bridge.

The Chard Avenue Pedestrian Bridge does not meet current design standards and will be impacted by the I-77 Pavement Replacement project. ODOT is seeking feedback from the community about removing the bridge permanently and instead of replacing it they would build a portion of the Downtown Connector Trail along I-77 connecting to the existing Morgana Run Trail. See image below. 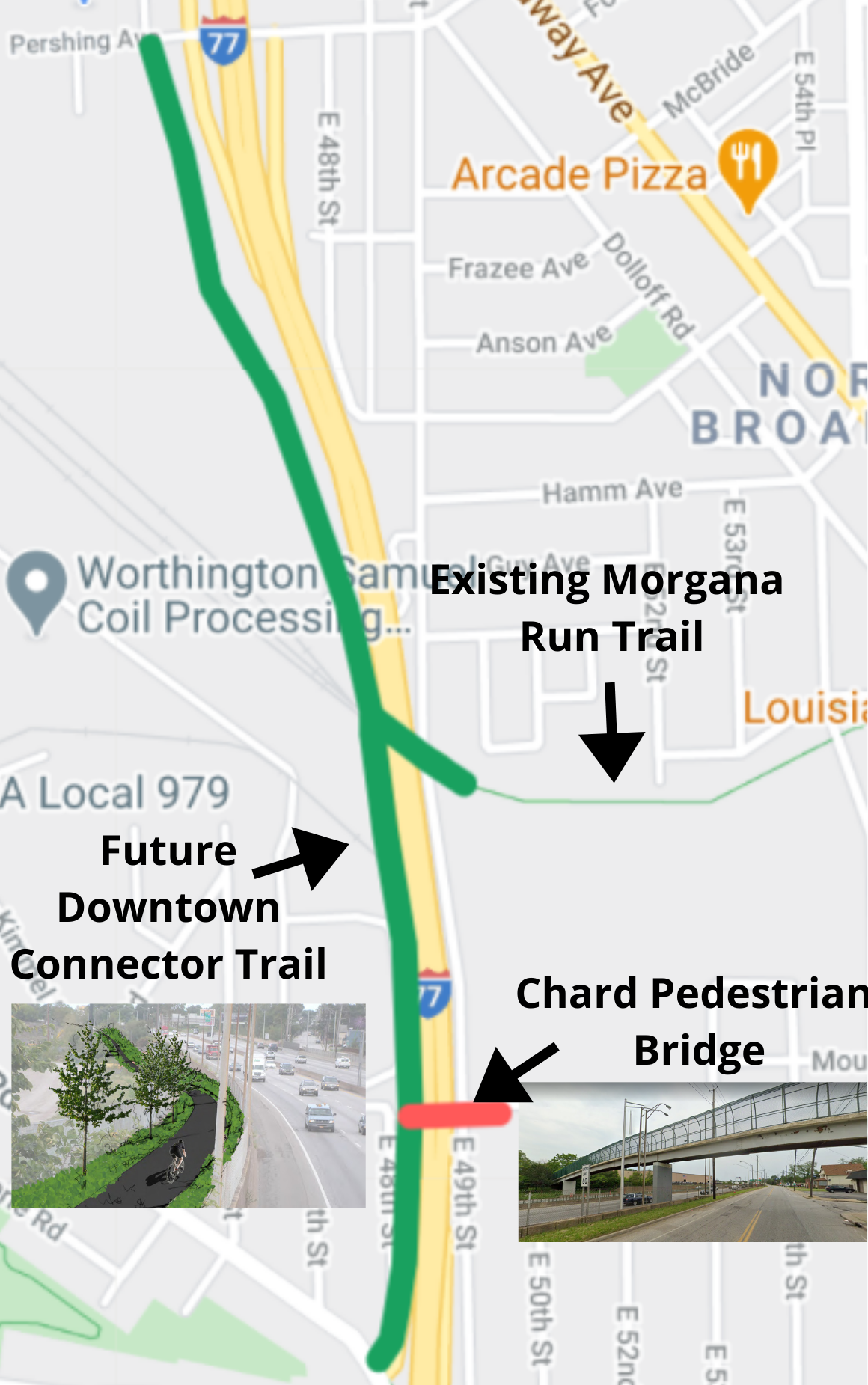 Bike Cleveland is in support of removing the pedestrian bridge in lieu of ODOT constructing the Downtown Connector Trail from Fleet Avenue to the existing section they built that begins at Pershing Avenue. This would be a big step forward in connecting residents in Broadway-Slavic Village to a high quality trail network that would connect to downtown and to points east via the Morgana Run Trail.

ODOT has developed a survey to gather information about how the current Chard Avenue Pedestrian Bridge is used and how to address impacts from the I-77 project. You can fill it out by clicking the Take Action button below.

A flyer about the project feedback is below. 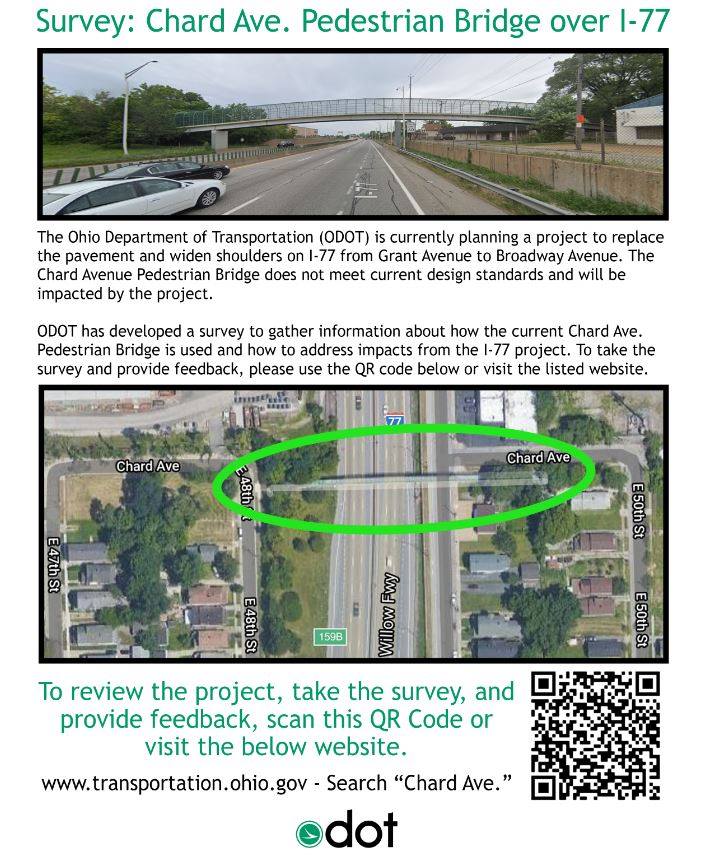