How Far is Three Feet?

Now that there is a statewide 3′ Foot Passing Law for drivers passing cyclists, there is a lot of demand in the riding community surrounding an enforceable measure of safety while passing. But how will local police departments be able to enforce such a law?  Enter the C3FT Physics Package. 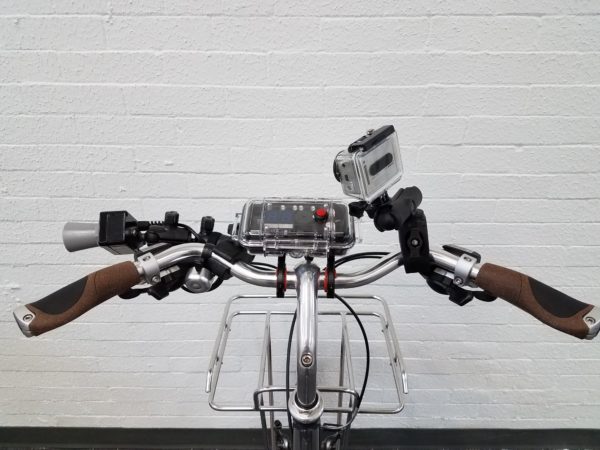 It’s a 3 part system.  A sensor assembly that is even with your left hand grip, a display unit, and a camera arm to mount a GoPro or other recording device.  The sensor assembly quickly monitors the distance to the nearest object, while the head unit displays the current measurement.  The head unit has different settings – but we tested it in the most rewarding one – the 3′ setting with visual and audible alarm.  Each passing car registers a distance, and as long as the value is greater than 36″, the unit remains quiet. 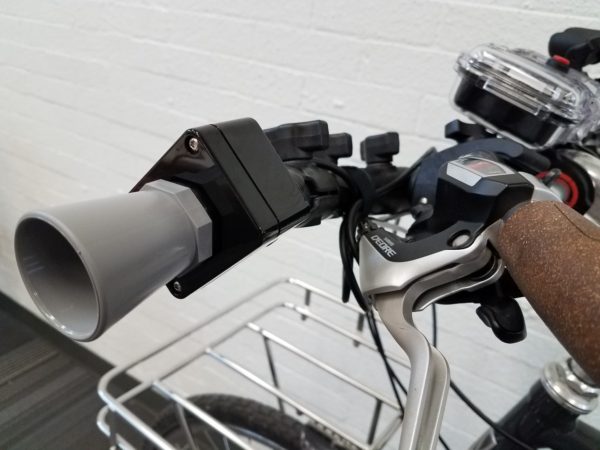 But if a vehicle passes any closer than that, a light and alarm trigger on the head unit.  The GoPro is there recording the entire event as proof of the infraction.  We headed out on to the streets of Ohio City and Tremont, down narrow side streets and through tight bends to test out the device.  Does it work?  Absolutely.  You can see a short clip of the device in action below.  The feedback has been outstanding – the clip has been viewed and shared a great deal by cyclists excited about the prospect of local police being able to enforce what we already know to be a common problem on local roads.

The good news is that during the whole duration of the test, not one driver passed within 3 feet to trigger the alarm.   But as cyclists, we all know that this isn’t always the case.  That’s why, as part of our continued work to make Cleveland’s streets safer for cyclists, we actually purchased this first unit for not only testing – but to give hands-on demonstrations to local police departments as part of a broader education effort.  Hopefully, once they see the unit in action, and experience a close call in person the value of enforcement will be clear.  We feature this device during on-bike officer training, and provide it on loan to local departments ready to enforce the law in the hopes that they will purchase the devices for regular use on bike patrols.

« Call to Action: A Matter of Safety Report It! »