The results are in: Rust Belt Battle of the Bikes 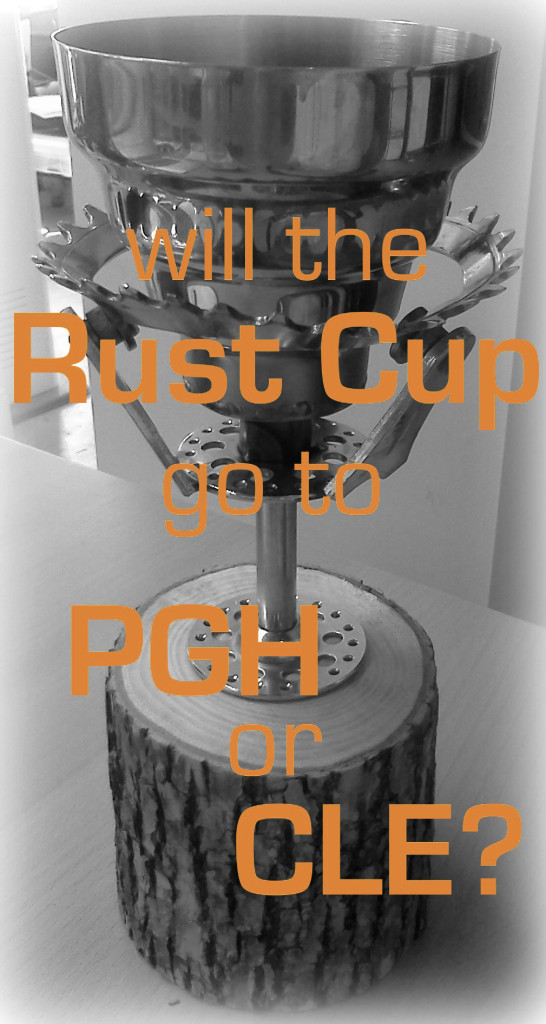 On October 1st The National Bike Challenge came to a close. For Cleveland this marked the end of a five months battle. A battle that was fueled by a deep desire to win, a passion for being better than our rival and a love for riding bikes. The battle was the Rust Belt Battle of the Bikes, pitting Cleveland against our rival city Pittsburgh.

In the Rust Belt Battle of the Bikes 1,310 Clevelanders out pedaled our rival Pittsburgh by 17,308 miles, the equivalent of biking from Cleveland to Pittsburgh and back 65 times. In total, Greater Clevelanders logged over 692,000 miles, a 176% increase over last years challenge.

While our miles are certainly something to celebrate, it is our rival, Pittsburgh, who will be celebrating as the inaugural Rust Crown champion. You see the challenge winner was decided by points not miles. Over the 5 month period Pittsburgh logged more trips (PGH=89,214 trips and CLE=62,814) resulting in a total of 1,614,587 points, which beat Cleveland’s point total of 1,432,782.

The difference that put Pittsburgh on top was the 20 points bonus for daily trips.

While Cleveland lost we can celebrate the fact that we beat Pittsburgh in miles, and we can rest assured knowing that we spent more time having fun on our bikes this summer.

“While losing the Rust Cup to Pittsburgh is a disappointment,” said Jacob VanSickle Executive Director of Bike Cleveland, “It was exciting to see the cycling community come together and over double our mile total from last year.”

“I’d like to congratulate our cycling friends in Pittsburgh on their win and offer a fair warning for next year: Don’t get too close to the Rust Cup, we will bring the championship home to Cleveland in 2014,” continued VanSickle.

In one final celebration of the Rust Belt Challenge cyclists from Cleveland and Pittsburgh will be riding to Youngstown to make the formal exchange of the Rust Cup on October 18th. To learn more about the exchange and celebration visit Facebook.com/rustcrown.

Thank you to all the area cyclists who contributed your energy, time and miles to keeping Cleveland in the battle til the end. Ride often, ride safe and have fun.