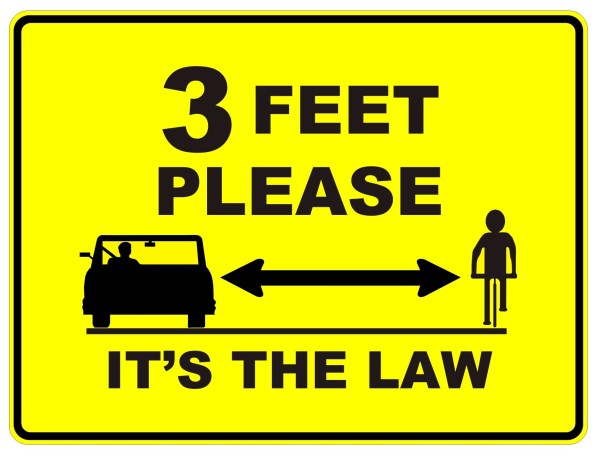 We just got off the phone with Shawn Kasych where we discussed the bill and what we need to do to get it passed. He communicated to us that he was conducting some educational outreach to a handful of representatives who still had concerns, but a followup phone call to Rep. Henne’s office afterwards reinforced what we already understand to be true; despite a few hold outs, there is enough support for a floor vote.

Per Mr. Kasych’s advice, though, it will be helpful to let your local rep know you support this bill and want to get a vote on it NOW! Find your representative here. We supplied Mr. Kasych with a letter containing supporting details for him to share with legislators. You can use it to share with your local rep that explains why they should support this legislation. Download it here.

Ohio legislators need to respect the wishes of their constituents and the process through which this bill was created. Don’t let them off the hook.

House Bill 154 would require motorists to give 3-feet of passing clearance, as well as allow bicycles to proceed through a red light that does not detect the bicycle (effectively non-functioning for the bike rider) after stopping and yielding the right of way.

The saga of getting a state-wide 3-foot passing law continues, but there has been progress! We have been in contact with Rep. Henne’s office (sponsor of HB 154) and have up update. They have the representative support necessary for passage of HB 154 if we can get it on the floor for a vote. The decision is now with the Speaker of the House’s office to bring it to the floor for vote. The Speaker has had this bill in his hands since June of 2015 but has thus far failed to move on it.

This is where you can help. If you would like to see a state-wide 3-foot passing law in Ohio, we implore you to contact House Speaker Rosenberger’s Policy Director, Shawn Kasych to request it be brought to a vote now!

Time is running out! The House will go into summer recess at the end of May and not return until November; after the elections and after this current congress is expired. This is our last chance!