The report from Smart Growth America, Dangerous by Design, keeps bubbling up to the surface in discussions about road safety and it’s effects on pedestrians.  At the same time, the Federal Highway Administration has come to some exciting conclusions after a long project of determining what defines a successful road design.

From Dangerous by Design:

“Everyone involved in the street design process—from federal policymakers to local elected leaders to transportation engineers—must take action to end pedestrian deaths. So long as streets are built to prioritize high speeds at the cost of pedestrian safety, this will remain a problem.”

Add to that these comments from peopleforbikes pertaining to the FHWA’s recent findings:

“The Federal Highway Administration just acknowledged, in a set of new rules recorded Thursday, that the fundamental purpose of a road is to move flesh and blood, not metal.”

As cyclists, we face many of the same challenges as pedestrians, and we also know that the road should be a safe place for all users.  These studies and conclusions strengthen the hope that we may be at a crossroads of awareness and policy changes that could lead to a better future for those traveling public roads on foot or bicycle.

How does the work of Bike Cleveland fit into the picture?

Have a calming effect on traffic by slowing speeds and creating a safer environment for all users.

Lower crash and injury inducing conflicts for all users by significant amounts.

Our work involves advocating on the behalf of all riders who seek safety, respect, and infrastructure that meets their needs.  Change is difficult, especially after decades of roads being built for the sole purpose of moving the largest number of cars in the shortest period of time – often at higher speeds.  But times are changing.  People want options in transportation.  Cities (Cleveland in particular) want to grow and attract a vibrant and diverse group of residents – and this type of population wants options beyond a car to move around in daily life.  They want the options to be safe and equitable.  Some of these options are becoming realities by:

The way that progressive cities and regions look at roads, road safety, and the definition of ‘vehicles’ is changing in a positive direction.  Let’s keep the momentum. 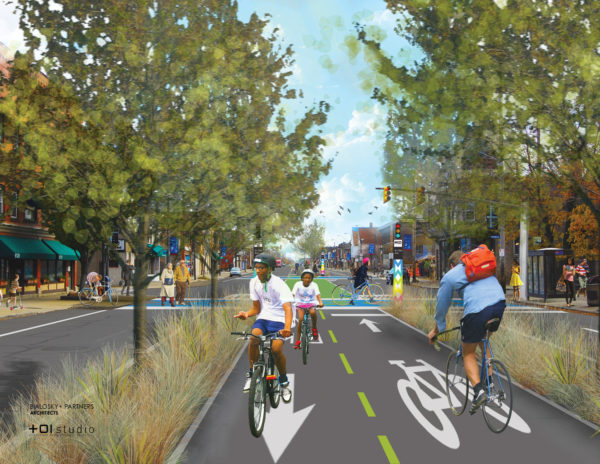