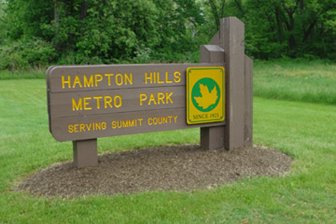 An article published by the Akron Beacon Journal on Tuesday highlighted an alarming opinion held by Summit Metro Parks Commissioner Jane Bond that the long awaited Hampton Hills mountain bike trail currently under construction (slated to be 7 miles long) be halted at 3 miles while the Metro Parks see if people will ride it.

To people who have been paying attention to mountain biking in Northeast Ohio over the last few years, you will likely be left scratching your heads at such a concern. The success of mountain biking in the Cleveland Metroparks, and Cuyahoga Valley National Park’s new East Rim trail is impossible to deny, and suggesting the trail be “temporarily” limited to 3 miles to see if it will be popular demonstrates a fundamental lack of understand of the demand for mountain biking in our region. Moreover, it could create a self-fulfilling prophecy as a 7-mile trail is a much larger draw to riders than a 3-mile trail. We think it’s important for the mountain bike community to reinforce their desire for a fully realized trail at Hampton Hills.

If you would like to show your support for the project, please send an email through their system, or send a letter to –

Finally, there is a Board Meeting on Tuesday, March 8th, 11:30am at F.A. Seiberling Nature Realm (1828 Smith Rd., Akron) that we encourage you to attend and speak up in support of the current plan and NOT to “slow down” the implementation.

Mountain bikers have long been under-served by our parks system, and we’re so grateful to see this changing. Let’s keep the momentum!