View From the Saddle: Bike to the Ballpark 2014

With clear skies and near-perfect spring temperatures beckoning, Bike Cleveland put on a successful first annual Bike to the Ballpark last Sunday (May 18).

The family-friendly ride, which kicked off with a pre-game social at Ohio City’s Nano Brew, invited local bicyclists to promote bike safety and group riding with a fun reward at the event’s Progressive Field destination: a matchup between the hometown Indians and the AL West-leading Oakland Athletics.

More than 100 people turned out for the ride and game, organizers estimated, which took riders along one of three routes to reach the ballpark, with the main group departing from Ohio City and smaller detachments departing from Lakewood and League Park in Cleveland.

Once at the game, attendees had the option of purchasing a value-added reserved seating ticket, or a picnic ticket, which entitled the bearer to an Indians pre-game buffet. No bike locks were necessary, as the Ohio City Bicycle Co-op  Century Cycles partnered with Bike Cleveland to provide valet bike parking in a secured area. Century Cycle reps were on hand to provide complimentary bike inspections while fans were inside watching the game.

Although the game turned out to be a washout for the local nine, with the Tribe taking a 13-3 drubbing from the A’s, bike-and-ballgame fans still enjoyed the delightful weather and chance to socialize with friends both old and new.

Several families also took advantage of kid-friendly activities at Nano Brew, including bike pump balloon races and chalk art, with winners awarded prizes. Representatives from Bike Cleveland were on hand selling memberships and t-shirts and providing information on the group’s activities and mission.

Frank Jones is a Writer, Member and Volunteer for Bike Cleveland. 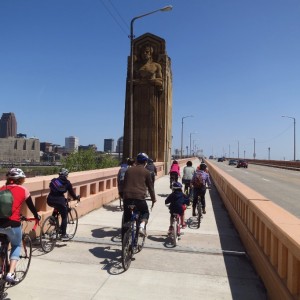 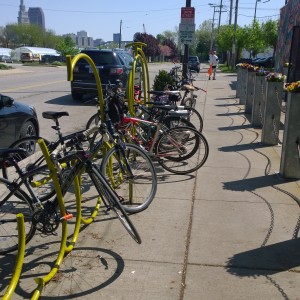 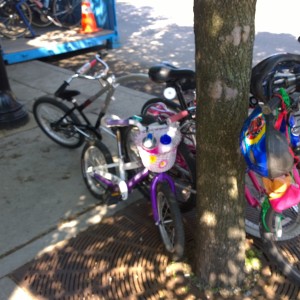 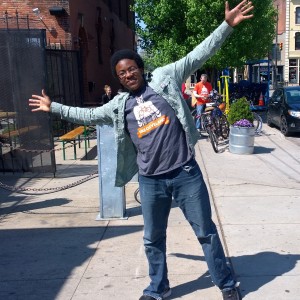 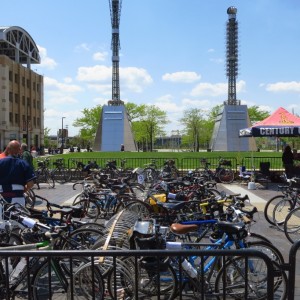 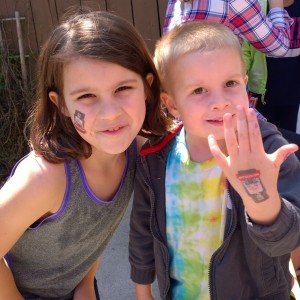 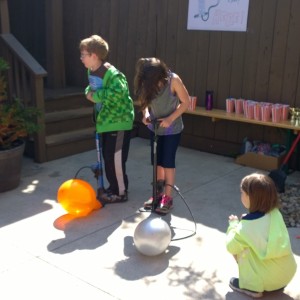