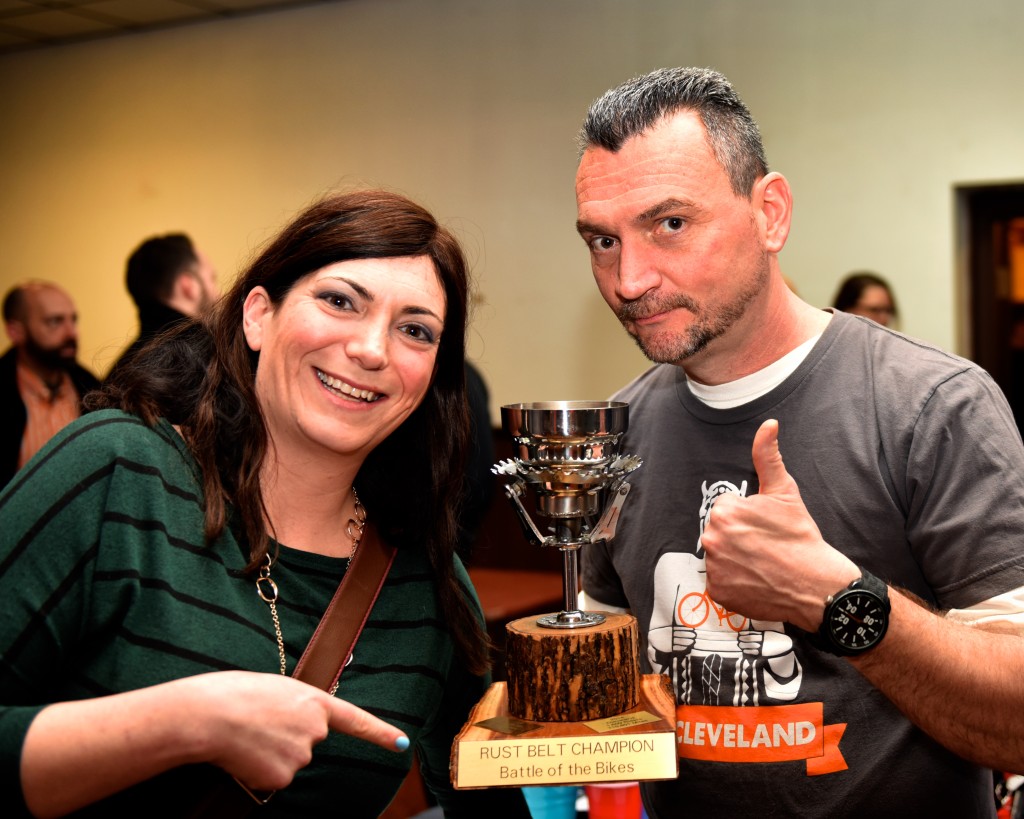 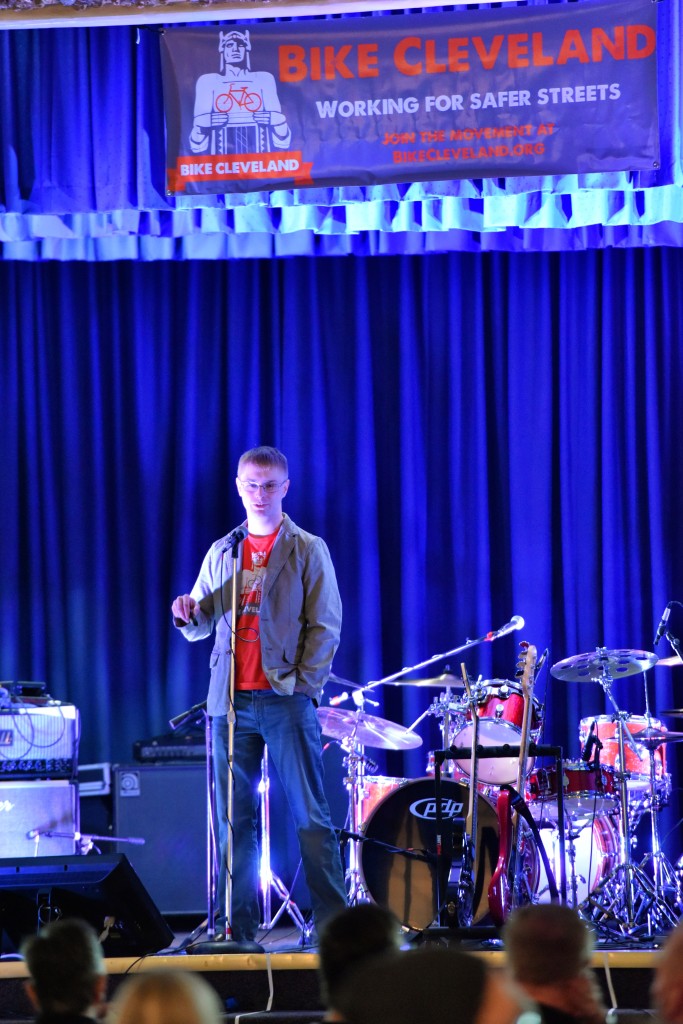 When my wife and I moved to Cleveland from Northern California in the fall of 2012, one of the first things we took stock of on the local landscape was the outlook for cyclists, and it was a little worrisome. We weren’t hardcore bikers, just people who liked to get out on weekends and occasionally ride to work or the store or to downtown for a festival, but we had left a place that gave us an almost infinite numbers of ways to get where we needed and wanted to go on our pedals for a town that seemed to be shutting the door on us. It wasn’t a dealbreaker, but things could have been better.

That Christmas, my wife bought me a membership to Bike Cleveland. I had never been a joiner, never belonged to the local bike advocacy group back home (they were so big they hardly needed my 40 bucks). She also got me a Bike Cleveland t-shirt, which I still wear proudly today. I immediately liked the idea of being a part of the cycling community in Northeast Ohio. A month later we attended the first annual Bike Cleveland meeting and social, held that year at Mahall’s in Lakewood. Attendance was somewhere south of 100 and the room was too small to seat everyone who showed up, a fact which seemed to take the organizer’s by surprise. There was a palpable sense of enthusiasm and an organization knee-deep in its own grass-roots. 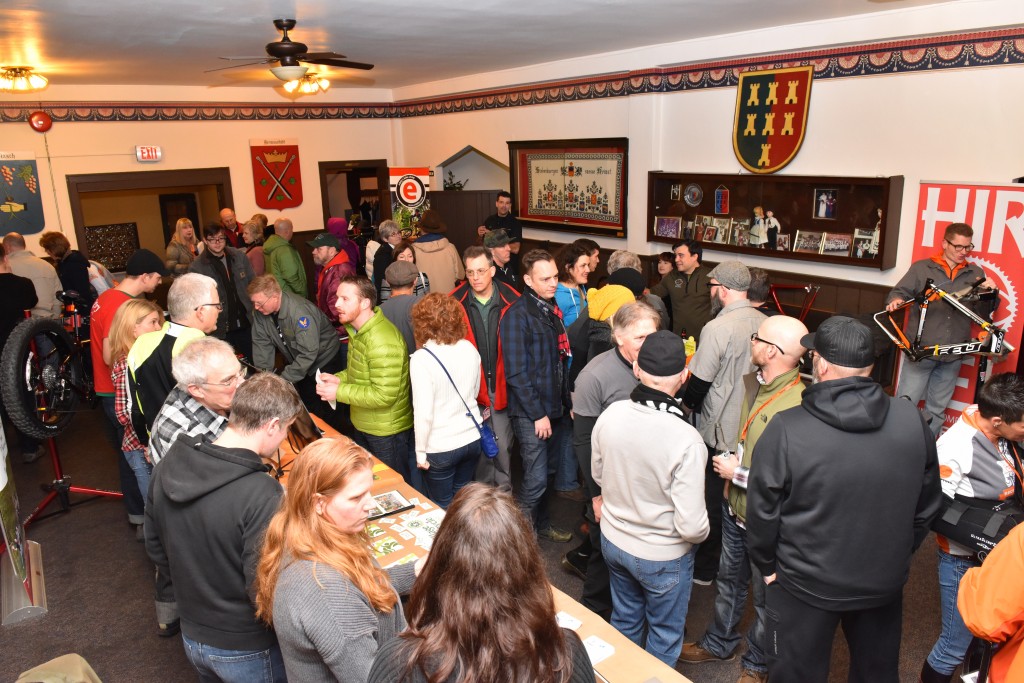 Soon I would discover how effectively Bike Cleveland harnessed that grass-roots enthusiasm to produce real-world results that make biking in Cleveland safer and more enjoyable for everyone. I slapped a Bike Cleveland sticker on my bike and wore a Bike Cleveland button when I went to parties. The next year’s annual meeting filled North Collinwood’s Beachland Ballroom and the enthusiasm seemed to grow exponentially; the room throbbed with a faint hum of excitement.

This year even the Beachland was deemed too small to contain Bike Cleveland, so the third annual meeting was moved to spacious, drafty Sachsenheim Hall in Cleveland’s Stockyards, a neighborhood close to the spiritual core of the city’s bike movement on the west side. 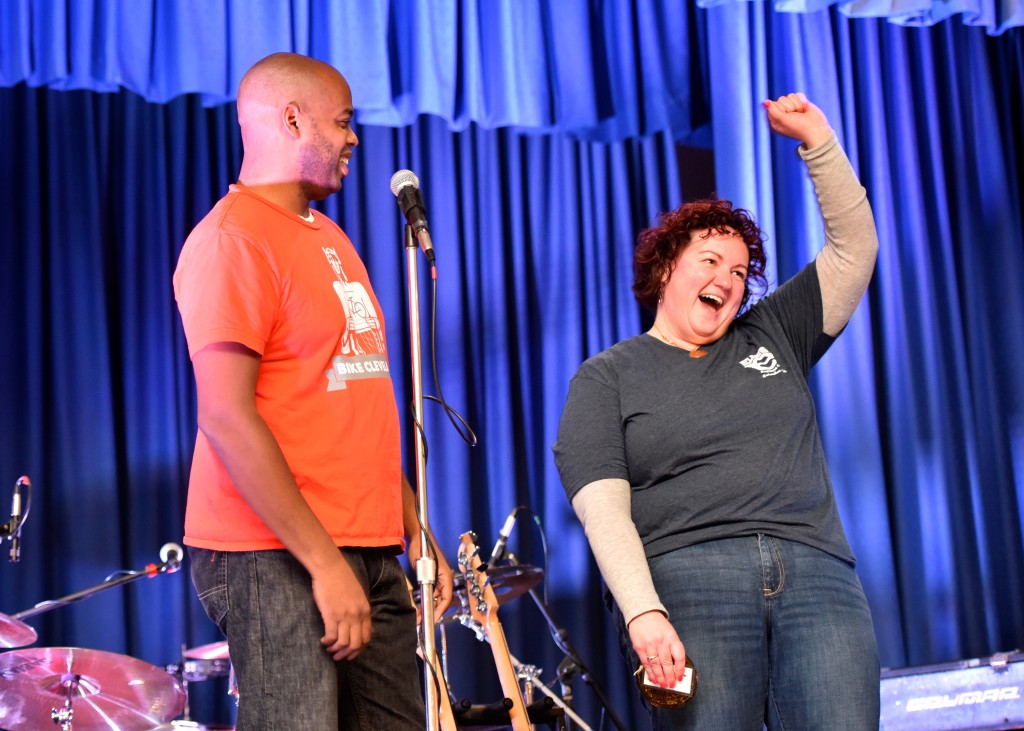 With attendance pegged at 160, a new record, and attendees enjoying a tasty feast of “appetizers” that would have served as a full-blown dinner at most restaurants, Bike Cleveland Director Jacob Van Sickle took the stage to run down a year largely filled with wins — from organizing last September’s Forest City Fundo as part of the first NEOCycle Festival, Cleveland’s own bike-centric, music-filled tribute to anything and everything on two wheels and powered by human legs, to continued new and ongoing commitments from the city to create new bike routes all over town, to a year that saw Cleveland bring home the Rust Belt Cup, beating Pittsburgh for the first time for most miles ridden during last year’s National Bike Challenge — the feeling of promise and anticipation began to coalesce, in my experience, into something even greater and more powerful; evidence that Bike Cleveland, still barely three years old, now boasting close to 700 paid members, is clearly now a mature, powerful organization and has fully gained its voice as advocate for people who love and depend on bikes in this city.

Two years after that first meeting, I still wear my Bike Cleveland shirt and proudly carry my Bike Cleveland card in my wallet. In between now and then I’ve put close to 3,000 miles on my bike, and I can only imagine how much more difficult that number would have been to attain without a group like this to advocate for people like me. 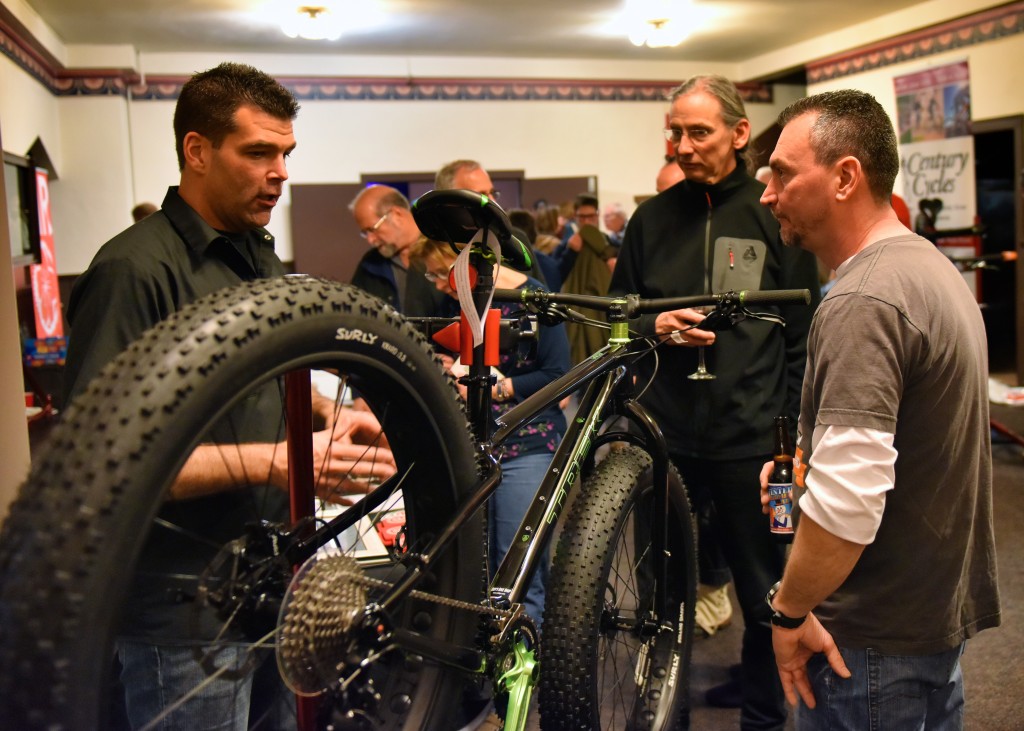 Outside the main hall, attendees were treated to a mini-convention, of sorts, of bike-related merchandise, dealers and information, including representatives from Eddy’s Bike Shop, Century Cycles, the Village Bicycle Cooperative, Hirobel LLC, the East Side Greenway Project and bike attorney Ken Knabe, along with the Great Lakes Brewing Company.

The evening’s entertainment — which was free for members, $20 for non-members, another perk of membership — also included live music from local bands The Sibs and The Exploding Lies.

Here is the presentation from the meeting outlining success in 2014, and plans in 2015, followed by a few pictures: 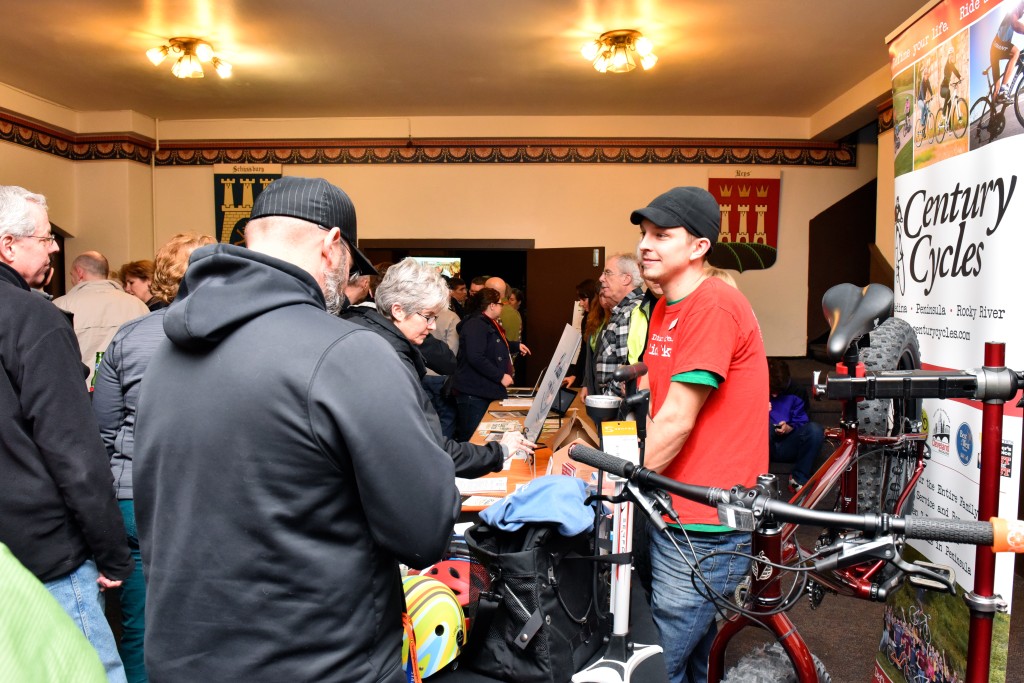 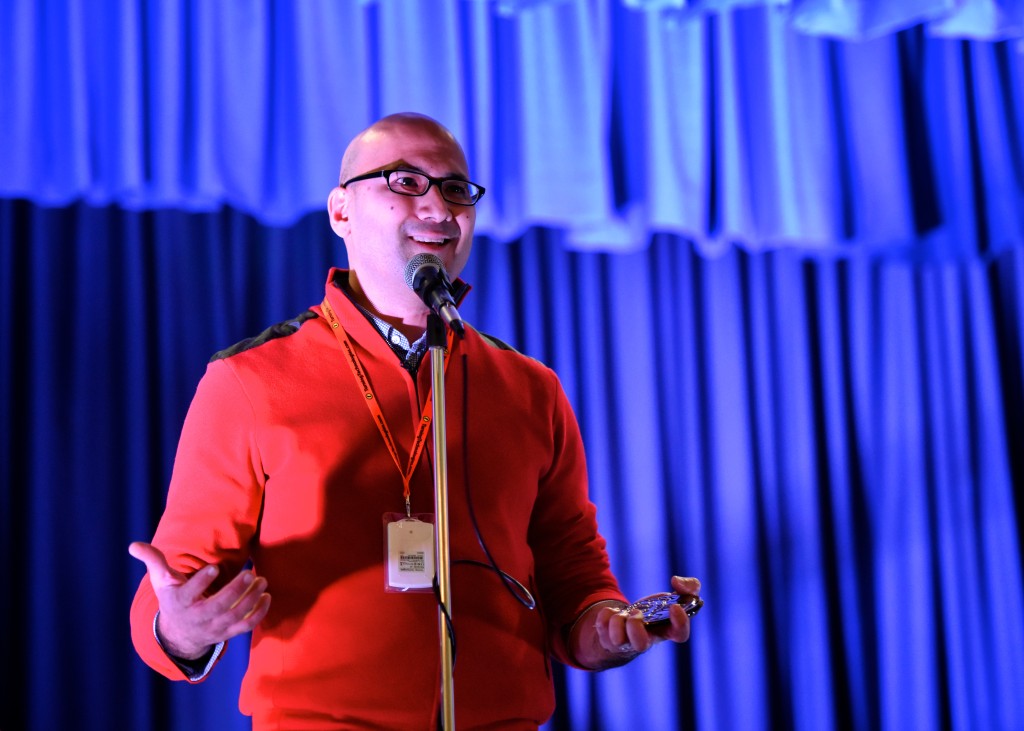 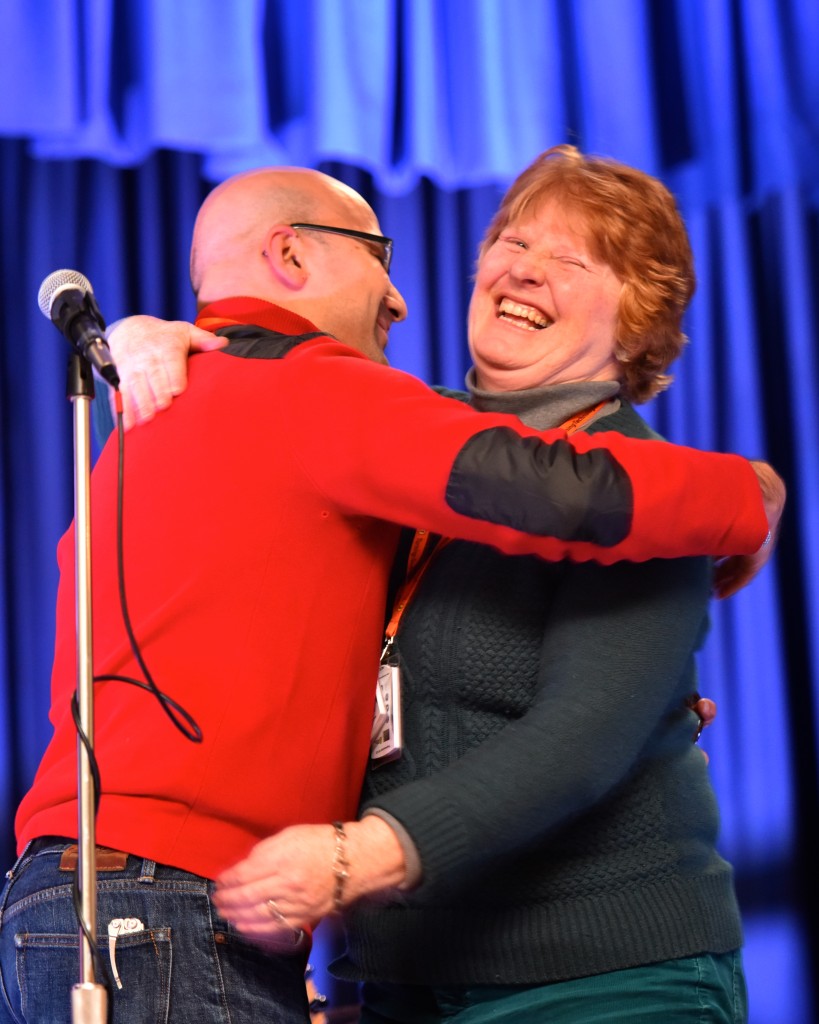 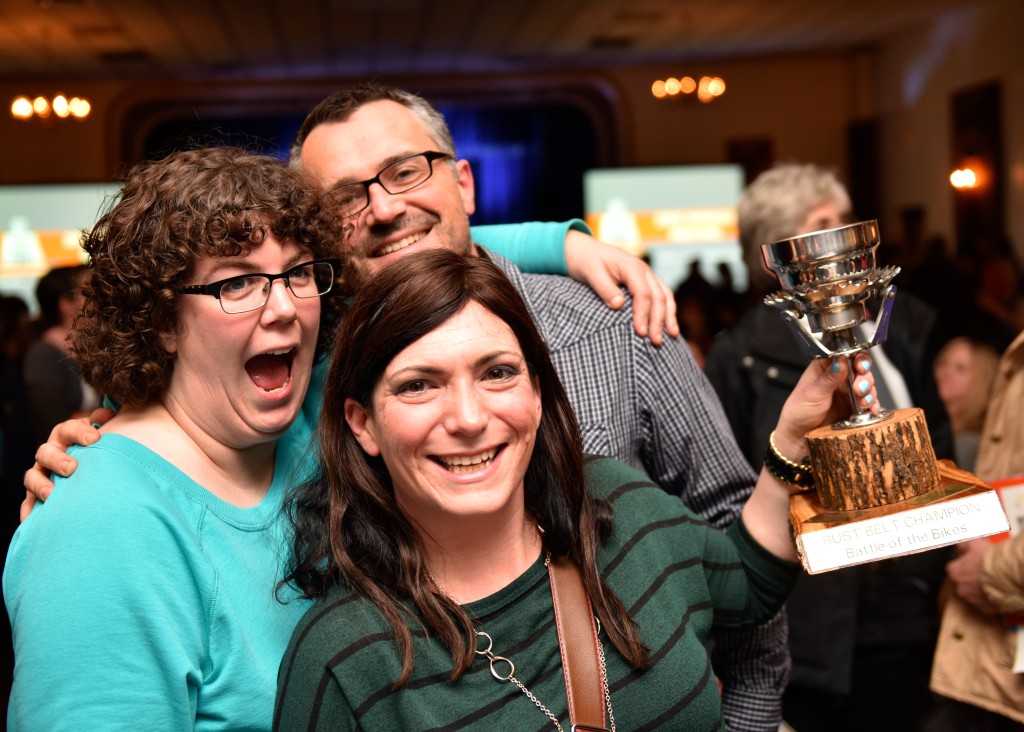 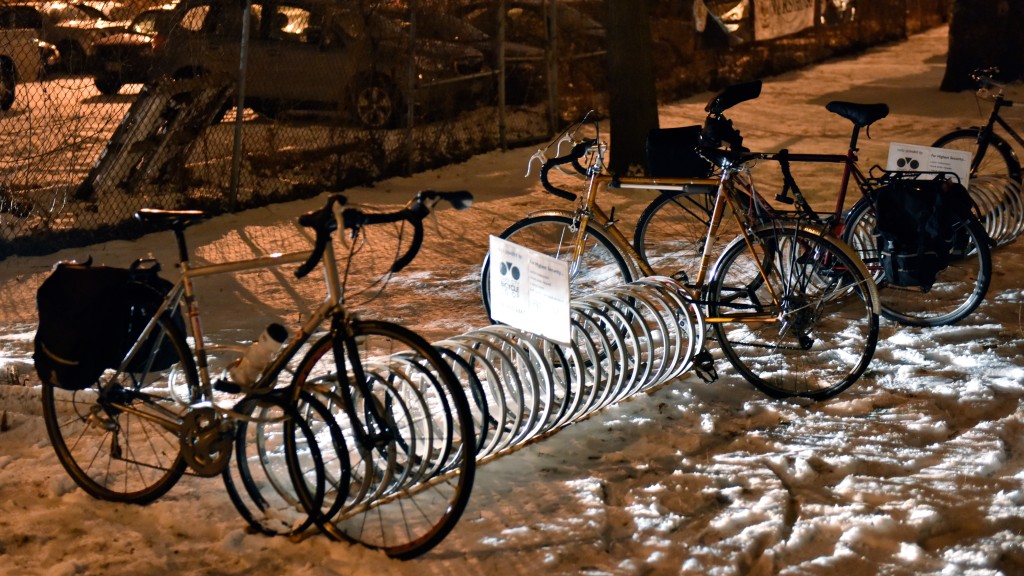