Wednesday afternoon, an article was published on cleveland.com in reference to a new plan for Cleveland’s iconic Public Square – an article discussing a plan where the temporary jersey barriers would be replaced by permanent bollards. Good news for sure, except for one big issue. Still no bikes through Public Square in this plan.

Now, when the sharrows were removed early in 2017 – and bikes prohibited, told by enforcing RTA Police to ride on the sidewalk (bringing up it’s own legal and safety issues) – the scenario was that this was a temporary condition, and that bikes would be re-introduced into the square at a future date. Along the way, we have asked for updates with no answers. It was our assumption that any comprehensive plan would include bikes through Public Square  – especially since Superior Avenue is on the city’s Bikeway Implementation Plan. 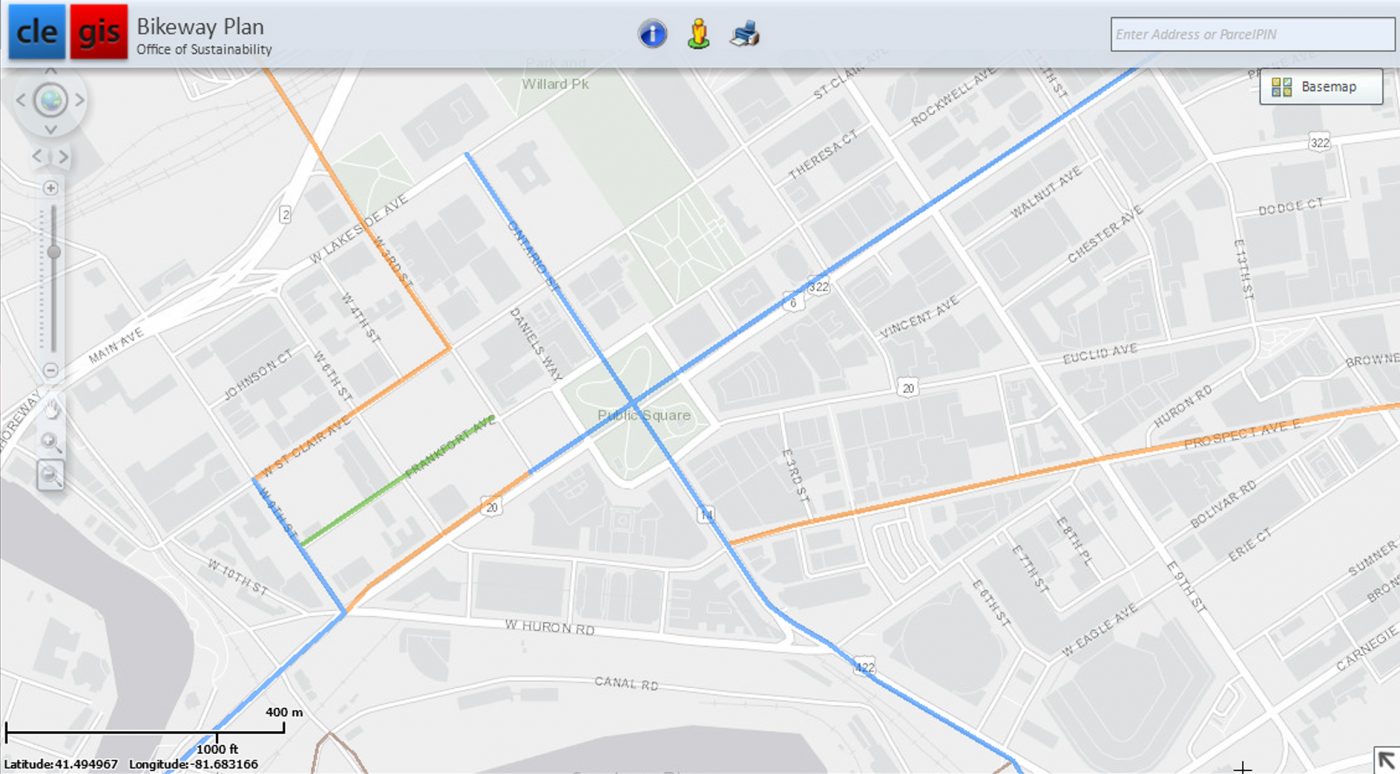 We have already lost the North-South connection. But with the protected network of The Midway due to head east from the square, and protected lanes coming off of Detroit-Superior Bridge onto bike lanes clear to W6th  – – why would you leave an open network link in the city center?

We feel that there is way to accommodate buses, pedestrians, and bicycles safely and efficiently through Public Square. If a comprehensive, city-wide bicycle network is truly a priority – then the need for bicycles traveling through Public Square should be part of that vision and become reality on the ground.

We urge you to voice this opinion to the The Group Plan Commission (email = connect@groupplan.org) and press for cyclists to be able to continue through Public Square as it was intended in the original Public Square design and in the City of Cleveland Bikeway Plan.